Some images, posters, and messages last a lifetime, but the story behind that imagery is often as legendary and interesting as the image itself.

You may be surprised to learn that Marilyn Monroe’s famous skirt blowing photo wasn’t an original idea or that the Women’s March logo was created in a day. Look for inspiration, both in the memorable images and the story itself, as we celebrate Women’s History Month and the females that we’ll remember for a lifetime to come.

This iconic image of Marilyn Monroe was taken by photographer Sam Shaw. He had taken a similar photo for Friday magazine in the 1940s, according to Biography.com, and was inspired to replicate that for this image of Monroe during filming of The Seven Year Itch. 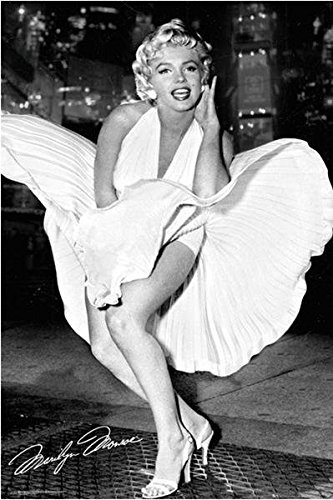 We Can Do It

This poster was created by artist J. Howard Miller for Westinghouse Electric & Manufacturing Company, according to the National Museum of American History. It was displayed for just a brief time in the Westinghouse factories, seen only by the workers there. Yet it’s become one of the most well-known images from World War II. 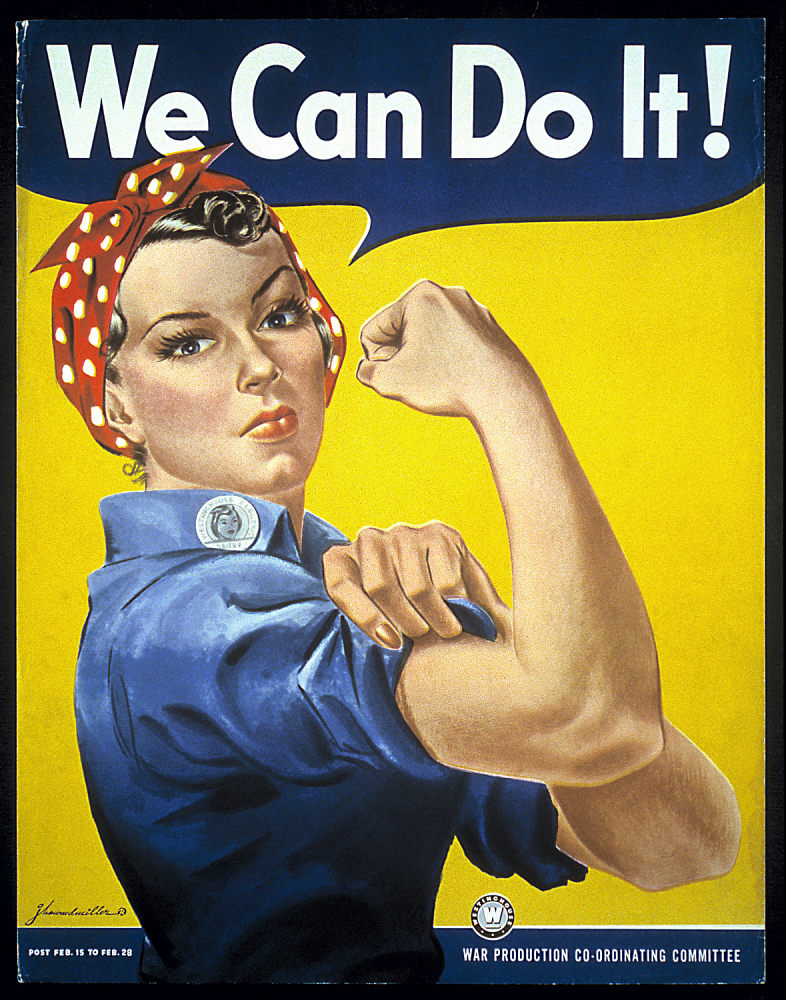 This 1985 photo of Sharbat Gula was taken by Steve McCurry and became famous after its feature on the cover of National Geographic. McCurry says, of the moment he captured the photo, “I guess she was as curious about me as I was about her, because she had never been photographed and had probably never seen a camera. After a few moments she got up and walked away, but for an instant everything was right—the light, the background, and the expression in her eyes.” 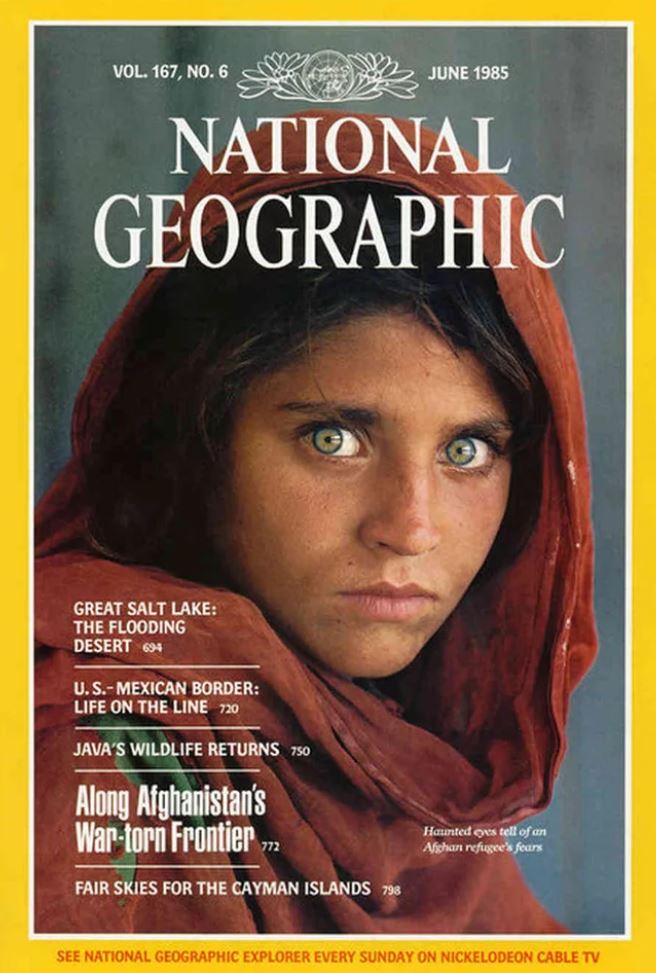 These famous images were created by the artist known for her Barack Obama Hope poster, Shepard Fairey. She channeled the same cultural electricity to create three images for the Trump inauguration. Fairey says in an interview with CNN:
“It’s really about making sure that people remember that ‘we the people’ means everyone, it means all the people. I think the campaigns were very divisive, more from one side than the other. But [it’s] just reminding people to find their common humanity, and look beyond maybe one narrow definition of what it means to be American.”

In an interview with Chronicle Books, the logo designer, Nicole LaRue, said, “I actually provided the team with (and worked on) one, single design that day. Truly. I only had a few hours to bring the sketch to life, so it forced me to just get right to it.”

Her inspiration was the mission to represent all women, but she needed a team to bring it to life: “After that, the entire team and I scrambled to create hundreds of social media icons, banners, and merchandise. The timeline was a very short and compact whirlwind!” 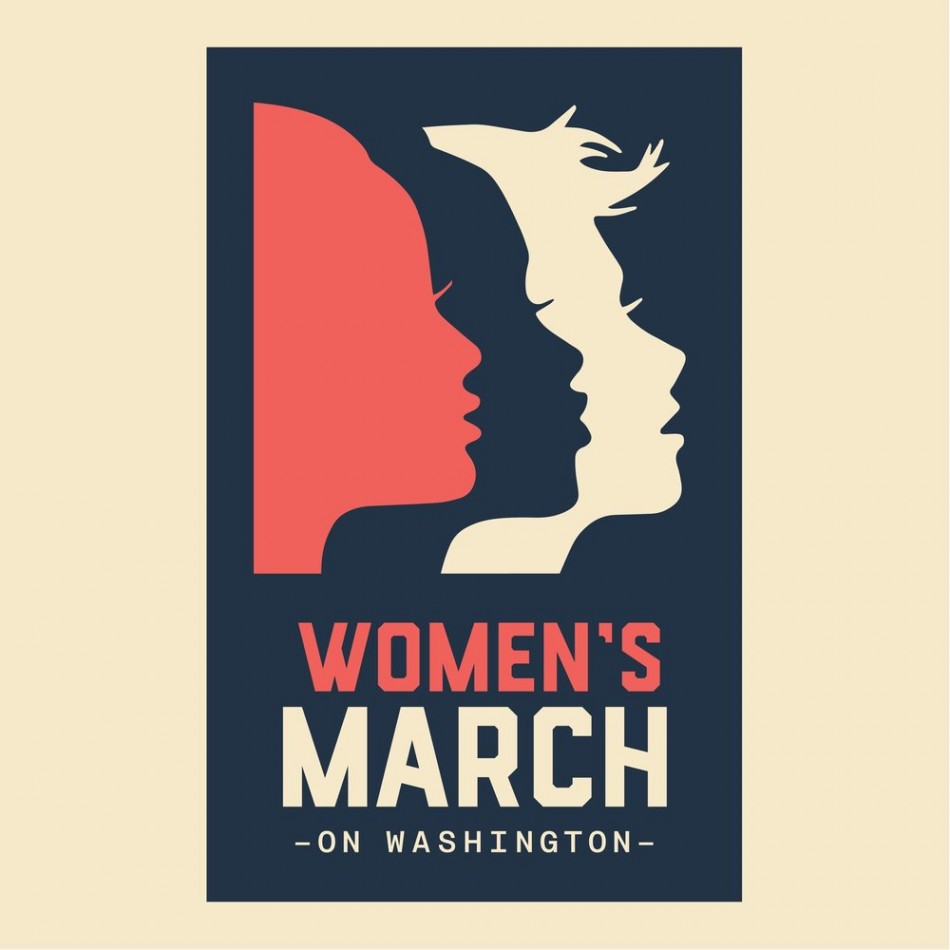 One of the most iconic images of the Great Depression came from a moment of intuition for photographer Dorothea Lange. This photo was taken in 1935, and, according to MoMA, Lange felt as though she was being pulled toward the mother:

“I saw and approached the hungry and desperate mother, as if drawn by a magnet. I do not remember how I explained my presence or my camera to her, but I do remember she asked me no questions. I made five exposures, working closer and closer from the same direction.” 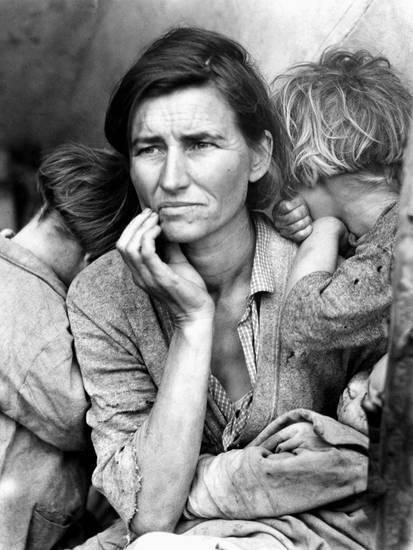